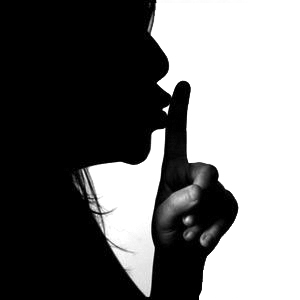 EVERYONE has seen those funny email forwards of bizarre state laws like, “In California it’s illegal to eat an orange in your bathtub.” Similarly, there are odd sex laws: in Halethorpe, Maryland, it’s illegal to kiss for more than one second in public. It’s funny to think about how such silly rules came to be legislated. Less funny, however, is when these sex laws are actually enforced. From my workshop “The Politics of Sexual Oppression,” the following is a list of sex things you are not (or were not) free to do in our own free country.

Own Six or More Sex Toys: Under Texas Penal Code it’s illegal to own six or more sex toys, or as the code calls them, “obscene devices.” Numerous people have been prosecuted under this law, including the clerk at a sex shop in Lubbock, Texas in 2007. During a sting operation, an undercover officer asked to see the hidden display of sex toys, and then arrested her. There was speculation that the woman who showed the officer the vibrators available for sale would have to register as a sex offender. In Alabama, selling an adult a sex toy is punishable by a $10,000 fine and up to one year in prison.

Have Sex with a Same-Gender Partner: We know in many places in America, it’s illegal to marry a same-gender partner. Until just a few years ago, sex with a same-gender partner was illegal, too. In 1998 in Houston, Texas, a man was having sex with his male partner in his home until a neighbor called police, who then entered the unlocked home with guns drawn and arrested the two men. They were charged with violating the Texas anti-sodomy law, fined $200 and spent the night in jail.

Walk Around Your House Naked: In 2009, a Virginia man was naked in his kitchen making coffee at 5:30am. A woman and her child were cutting across his lawn and saw him naked through his window. The woman called police and they entered his home without a warrant and arrested him at gunpoint. The case went to trial. He was acquitted but had $15,000 in legal fees, lost custody of his child, and lost his job.

Watch Pornography: In 2001, then Attorney General John Ashcroft started handing out indictments on federal obscenity charges. Obscenity is defined as something that is designed to be sexually arousing and lacks literary, artistic, political or scientific value. Speech deemed “obscene” is not protected by the First Amendment. As such, a husband-and-wife team of pornography producers were arrested and spent a year in prison.

Jill McDevitt holds a Master’s degree in Human Sexuality and is currently completing her PhD, which will make her the only person in the world with three degrees in the field. She is the proprietor of Feminique Boutique on Church Street. Her book, Fighting the Crusade Against Sex: Being Sex-Positive in a Sex-Negative World, is due out this month.