There’s no better way to get off the couch and get back to living than with West Chester’s premier live entertainment venue. Here’s what’s happening…

When the world shut down in March 2020, it was a lot to process. From a shortage of toilet paper to a premium on hand sanitizer to threats to our physical and mental well-being, the COVID-19 pandemic—and subsequent lockdowns—took away much of what we previously took for granted. Among those things? The joy of live performances.

At first, in the midst of the everyday panic that consumed us—did we have Clorox wipes? Where could we get a COVID test? Did we have to clean off our groceries?—the lack of live music, theater, dance, and more didn’t seem all that pressing, unless of course, you were a performer, in which case the lack of work was most pressing indeed.

Musicians and performers utilized novel mediums to reach their audiences, performing concerts from home on Facebook hosting drive-in shows, and putting on Zoom plays and staged readings, all while the rest of the world grappled with a sort of communal quiet.

And while some of us managed to get our live performance fix with the aforementioned strategies, it was never quite the same. There is a connection and an energy that comes when many people share an experience as a live audience—and it’s something that simply can’t be replicated from our living rooms.

Fortunately, and finally, after prolonged tragedy and an almost incomprehensible year and a half, live performances are back. And we couldn’t be happier.

Housed in a former National Guard Armory, which was built in 1916, Uptown did a huge renovation of the building before officially opening. “Before there was an Uptown, that was the discussion: what’s missing (in the borough)? It was such a thriving restaurant and small business atmosphere,” says Evans. “It was just doing so amazingly well, and the only thing that was missing was an arts venue. There were performing arts utilizing different spaces, but there wasn’t an actual home for everyone to visit that the community could come to expect.”

With a 327-seat main-stage theater as well as a small cabaret-style space with about 80 seats, Uptown! is a full-scale performance venue with an extensive list of shows. They also offer classes in acting, improv, singing, and more. And there’s Mac’s Foxhole, a bar and lounge, complete with crushed velvet couches—named after founding members of Uptown, Tom and Connie McEvoy.

While still fairly new on the scene, Uptown! quickly became well established. It was home to several resident companies of different genres—Better than Bacon Improv, Dueling Pianos, Latin performers, jazz musicians, opera, theatre and more—when it had to pull the plug on live performances.

“It was really devastating,” says Evans.

Live at The Fillmore has become the most popular tribute to the original Allman Brothers Band. Great attention is paid to recreating the music with an unparalleled degree of authenticity. The band has been chosen as featured performer on next year’s Time Life Southern Rock Cruise and received rave reviews for their Spring 2017 performance on national TV as part of AXS TV’s World’s Greatest Tribute Bands.

As one of the only places for ongoing live performances in the borough, Uptown! has been vital for the community, as evidenced by the results of their recent fundraiser. “During our shutdown, we had a huge fundraising campaign, and we exceeded our goal of $500,000 in a very, very short amount of time,” says Evans. “We can see how important the arts are to this community.”

“That’s why it was so painful in 2020,” continued Evans. “We were getting such momentum and people were really feeling good. People were coming from all over [for events]—it was a huge economic driver. Restaurants had to hire more staff to be able to accommodate all of the outsiders that were coming through town for shows.”

While they were closed for live performances, Uptown! did its best to keep the community involved by streaming shows—both at home with the artists as well as from the theater—when possible. “It was great as a way to connect with the artist and in the community because we couldn’t have anything here.”

Spend an amazing evening with Echoes, the American Pink Floyd, North America’s number one Pink Floyd tribute, as they perform five complete album sides from some of Pink Floyd’s best selling albums! With 10 musicians, a dedicated light and laser show and over 2 hours of very ideo content, you’ll be transported back to the Golden Age of Prog Rock and see why Echoes is rated number one by Pink Floyd fans everywhere.

And they plan to take that experience with them into the future, as appropriate. “It’s just something that adds another element that people can tap into,” says Evans. “Maybe they couldn’t come in, but they love an artist and they want to be able to support them.”

In addition to streaming events, Uptown! managed to continue with some of their classes. “Our classes were the only things that kept going through the pandemic. It was on a much smaller scale, of course, but we’re now back to our regular-size classes. We have camps happening in the summer, and the fall classes will be listed in the next couple of weeks.”

“But I am really excited about bringing our resident companies back in. They are our first love, they’ve been here,” says Evans about the return to live performances. “Those are where our heart is, and we love having them back.”

And though there are shows on the docket—exciting news in and of itself after such a long drought—it’s a slow and careful rollout.

Guests can expect performances from resident companies like Dueling Pianos and Better Than Bacon over the summer. Additionally, The Allman Brothers Tribute is slated in July, and new artists The Talking Sticks and Brasilian Vibes are booked in August.

Brasilian Vibes Trio – Nanny Assis (vocals/guitar/percussion), Leonardo Lucini (basses), Arthur Lipner Vibes/marimba) will present a concert set of Brazilian music. Following the show, join the band as they Samba march into the streets outside the theater! This is an all-ages evening not be missed!

“Over the summer, it’ll be a little bit slower of an intro, but we plan on doing our grand re-opening in September,” says Evans, of the still-under-wraps official re-opening event. September will also see shows from Kasim Sulton, Kim Richey, and more. “There are these new, really, really cool entities that are coming in.”

Though pandemic restrictions have eased and the theater can now be fully occupied, Uptown! still employs several COVID safety precautions. As of this writing, masks are still required, though that will change as more restrictions are lifted. Other, more long-term precautions include multiple hand sanitizing stations, an updated HVAC with an IWAVE air purification system, additional exits to prevent a traffic bottleneck after a performance, and an increase in cleaning services and protocols.

“We want to meet guests at their comfort level,” says Evans. And that means getting audiences comfortably back into their seats, which is where plenty of people found themselves during the recent screening of a movie complete with an audience sing-along. The show? Bohemian Rhapsody.

And while it wasn’t live—no member of Queen was in attendance, nor was there even a Freddie Mercury lookalike—the energy coming from the audience was palpable.

That’s the magic of shared experience. And we’re so glad to have it back.

Go to UptownWestChester.org for more information.

Events and Activities for the Smaller Set

Adults aren’t the only ones missing shared experiences. In the midst of the COVID pandemic, even the preschool set—as well as their befuddled caretakers—have had to deal with park and school closures and Parks & Recreation event cancellations. Luckily for all of them, our gem of a library has something to occupy even the most finicky five year old. While most of it is online, the Summer Storytime event is in person.

Each Wednesday, the library offers Summer Storytime at Marshall Square Park, where preschoolers can enjoy a half hour of stories, rhymes, and songs with Miss Treena. Fresh air and safely occupied children? A true win-win. Families can finish off their days with Virtual Family Trivia on Wednesday nights. Geared towards ages five and up (as well as their families), each trivia evening has a different focus, from animals to all things Disney to Pixar movies.

Thursdays provide another opportunity for kids to connect, albeit online, with Zoom Tinker Days, where kids ages five and up are walked through a project—making paper airplanes, performing chemistry experiments, making dog toys—with a librarian.

While Fridays in July are reserved for West Chester Public Library’s (Adult) Trivia Night, there’s no reason the young adult or savvy middle schooler can’t participate, especially from the comfort of their own home. Virtual trivia night, like all library programming right now, requires registration.

On Saturdays, kids can meet up at the library to pick up their make-and-take craft supplies for “Crafty Saturdays,” then head home (with or without a playdate) to create some magic. Please note that craft kits are left outside the library for pick-up until supplies run out.

For the older school-age kids, the library offers some more challenging opportunities for mingling, like Monday night coding classes in things like Java, C++ and Python, as well as a 3D Design and Coding class starting in late July.

On Tuesdays, the library hosts a variety of activities for youngsters, from virtual cooking for kids—geared towards ages 5 to 12, where families can cook along at home after receiving an ingredient and supply list—to events like Wild and Wonderful Pennsylvania, a live Zoom program for families of all ages about local wildlife.

There’s more, from special programming events like Fun with STEAM and Lego Club, to online access, to a series of stories read by members of the Chester County Sheriff’s Office. And did you know that the library offers discounted and/or free passes to area attractions like the Chester County History Society, the Academy of Natural Sciences in Philadelphia, and Longwood Gardens? Well, they do — on a first-come, first-served basis. Give them a call for details.

The library has something to offer everyone in the family. And that’s something we can all celebrate this summer.
Most library events require online registration.

Register at WCPublicLibrary.org. Located at 415 N. Church Street. Open 10am to 7pm, Monday through Thursday. Open 10am to 5pm, Friday and Saturday. 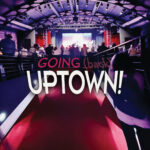